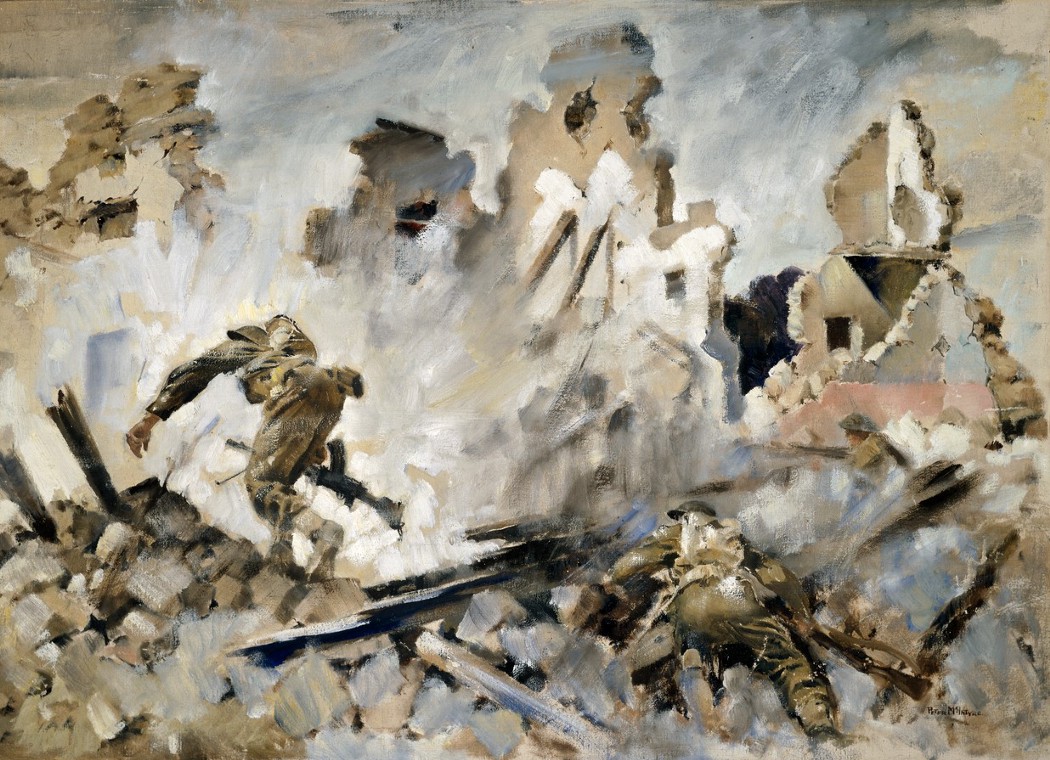 My grandfather didn’t like to talk about the war,
but if you asked, he would share this story.

On a cold April morning just outside Monte Casino,
he walks into a field, dry stalks breaking under his feet.
His living breath makes small curling clouds of fog,
lit by the morning light for the space of a heartbeat
before vanishing on the breeze. White frost flecks
the land, and the men lying dead upon it. He pauses
before the form of a youth looking up as if perplexed
by the snowflakes falling from this clear morning sky;
or perhaps wondering why he is dead, his head haloed
by a frozen pool of black blood.
My grandfather crouches, contemplates the young face
as if it were an icon, as if it belonged to someone
he ought to know, or ought to have known, someday.
Curious, he pries a thin wallet from the young man’s
frozen fist: it is empty,
save for the photo of a smiling young woman,
and a little boy, and a little girl, laughing.

Like I said, my grandfather didn’t talk about the war,
except for this one story.

This originally appeared in Medium.

The heart of this poem was inspired by my mother’s recollection of my grandfather telling the story of finding a fallen German soldier, and looking at the photo of his wife and children in the soldier’s wallet. The spirit of the poem is inspired by what I knew of my grandfather’s character, and reading his letters to my grandmother during the war. He was a pragmatist, not a pacifist, but the war clearly weighed heavily on him. He liked to write poetry, and I like to imagine that he tried to make sense of the war — or at least tried to process its brutality — through his poetry. His letters were upbeat and cheery — putting on a brave face for my grandmother, no doubt — but now and then he lamented the senselessness of it all. As a devout Catholic, he intuitively sensed that war was both the result of sin and itself shot through with sin.

Thinking about him as a young man crouched by the corpse of another young husband and father makes my heart ache. No young man should lie dead at the hands of other men, and no young man should have to bear witness to such a thing. There is nothing fancy or sophisticated or original in this insight, and yet for the sake of those two young men, and the victims of war around the world, we must repeat it until it becomes an universal natural habit.

The details of the poem are the embellishment of my own imagination. 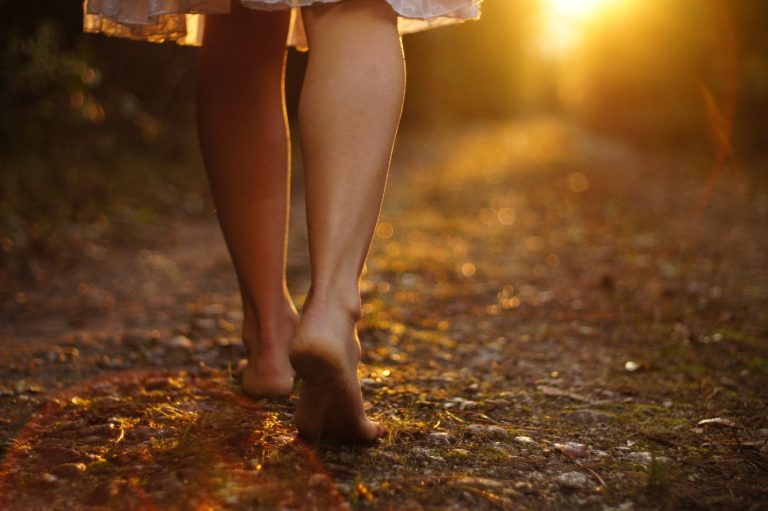 Any square foot of Earth is worthmore than all the snow-white Moon;why, this spot on which you standis crowded and crammed with the memoryof seeds and stones, blood and bones,birth and breath, and yes,not a little death;and the footprints of those who,like you, passed this way & paused,blessing this sacred ground. Image credit: Photo: “Light Steps” by PetarPaunchev /… 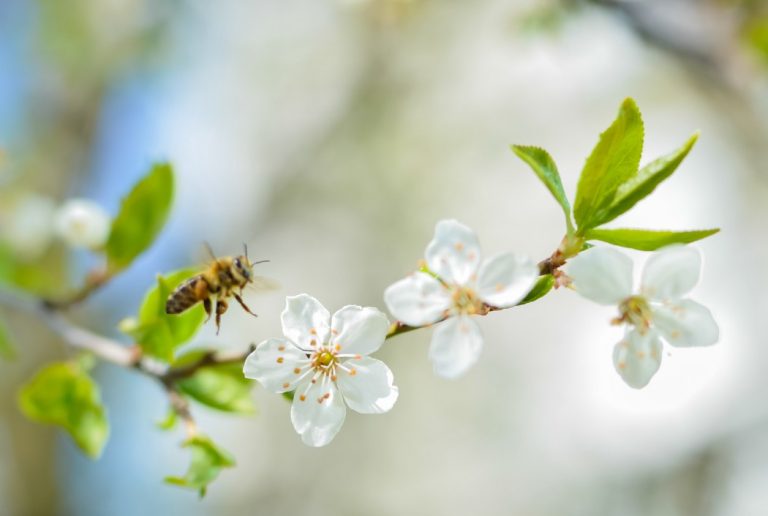 A poem. I have come here to harvest humusfrom the rotten bottom of the compostI left by the apple tree last fall.Raking away the shrouding coverof dry leaves reveals the dark heartof newborn earth.Leaning into the spade,I slice through the soiland lift it into the rusty wheelbarrow. The apple tree stands by,her wide boughs bespangledwith… 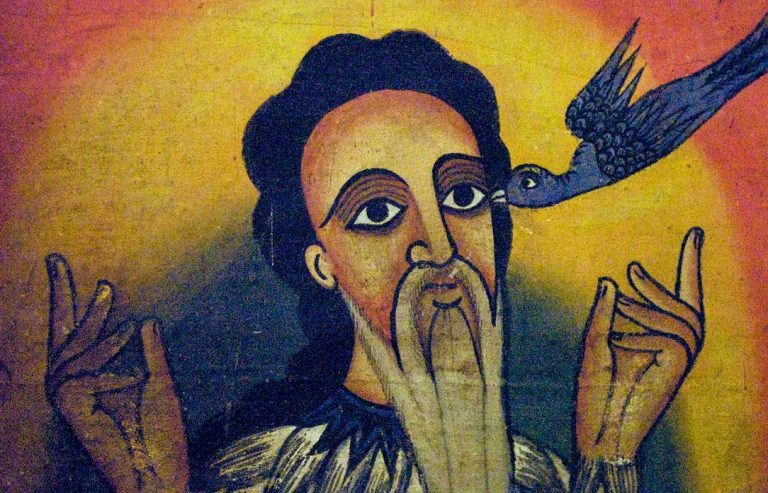 So, if you would be a Saint,by which I mean that S-Tstands stoutly before your name;and miracles multiplylike dandelions springingwild from your incorrupt heart;and your wise eyes stare star-likefrom icons, your head haloedon silver platters of paint;and we remember your death-day with feasts, and bells ringing;if you would be, in short, thou:— then pray, do… 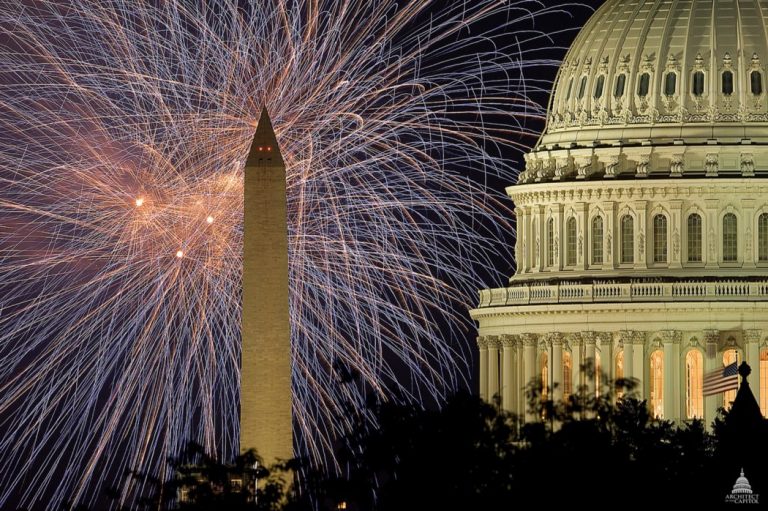 God knows, we’ve fought enough these past few years — but for one night, we make a truce. A poem. As darkness settles over the land,we gather above the wide river —some thousands of us Americanscome for Fourth of July fireworks. Our long shadows linger in the lastlight, entangling us with one another,and perhaps with… 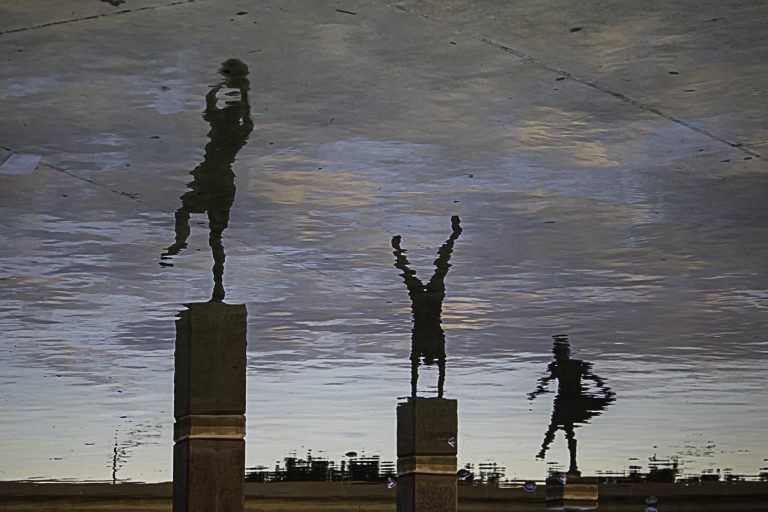 A poem based on actual events I once walked around the house upside-down,the ceiling fan sprouting like an alien flowerfrom a diamond-encrusted field of snow,coats craning on tippy-toe atop their hooks,slabs of books hanging from dark shelveslike bats thick in their caves, dreaming;and the frowny old man in the green painting seeming to smile now, standing… 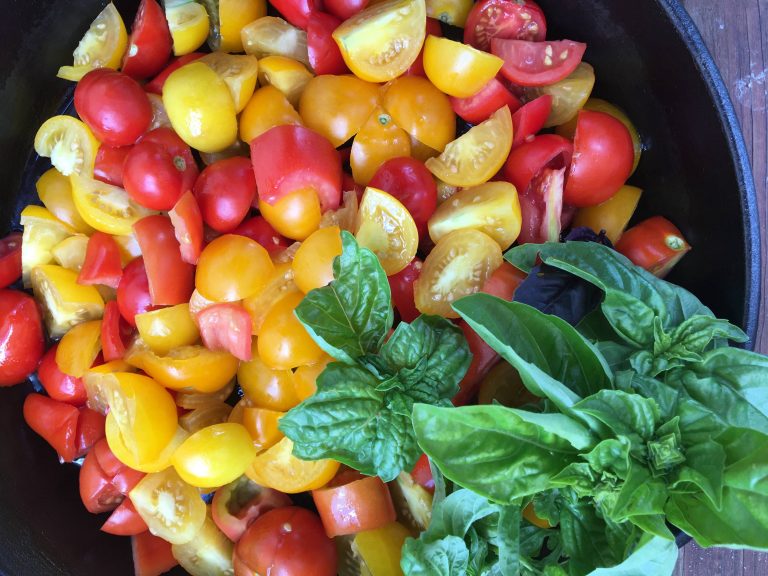 A poem, with a side of basil. If it’s miracles you’re after,then in the darkest days of Decemberpurchase packets of tomato seedsand hold them close, like holy cards,and recite the litany of their namesas a stay against winter’s cruel claws:Brandywine, Oxheart, Black Krim, Rosella;Honey Gold, Pink Girl, Moon Glow, Tigerella;Chianti Rose, Sunrise, Orange Jazz, Tangella….